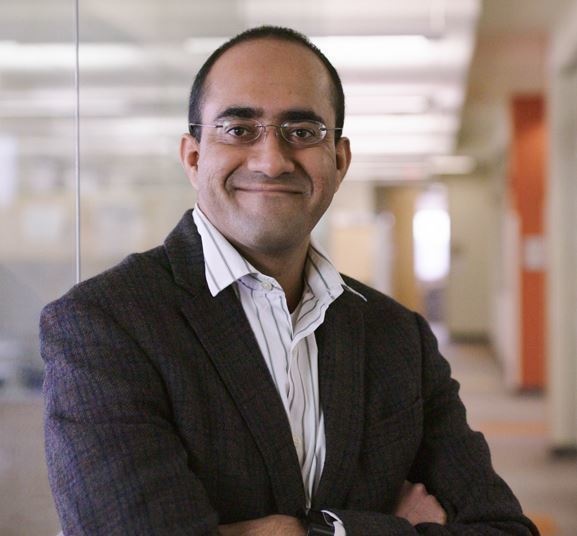 University of Pittsburgh
School of Medicine

Dr. Sundd completed his Bachelors in Biochemical Engineering (2001) from Harcourt Butler Technological University in India and PhD in Biomedical Engineering (2008) from Ohio University, Athens OH, USA. His predoctoral research was aimed at understanding the interplay of P-selectin and ICAM-1 mediated adhesion to endothelium and cell deformation in regulating leukocyte sequestration in pulmonary capillaries.

After completing his PhD, Dr. Sundd pursued a postdoctoral training in inflammation biology at the La Jolla Institute of Immunology, La Jolla CA under the mentorship of Klaus Ley MD, where his work led to the identification of molecular and biophysical mechanism of neutrophil-endothelium adhesion during inflammation. During his postdoctoral training, he invented quantitative dynamic footprinting microscopy (qDF) to elucidate the molecular and biophysical mechanisms of neutrophil-platelet-endothelium adhesion during inflammation (Nature Methods 2010; PMID: 20871617). qDF revolutionized the field of vascular inflammation by allowing PI and other investigators to study the role of cell deformation, membrane microvilli, tethers and adhesion molecule distribution in immune response using live cells for the first time. The mechanism that enabled neutrophils to roll along the endothelium in blood vessels with high shear rate was still elusive. In 2012,  PI solved this riddle by making the seminal discovery of neutrophil membrane extensions ‘slings’ (Nature 2012; PMID: 22763437) that served like double-sided scotch-tape to  enable neutrophil rolling-adhesion during inflammation. During this time, PI also revolutionized the field of leukocyte adhesion by introducing silicone-based microfluidic platforms, auto-perfused with blood through a catheter connected to the carotid artery of live fluorescent-reporter mice. This approach allowed leukocyte adhesion studies to be performed without the need for blood collection or cell isolation. During his postdoctoral training, PI was awarded postdoctoral fellowship (2010), Career Development Grant (2011) by the American Heart Association and Junior Faculty Presidential Award from the Society for Leukocyte Biology (2012), Young Investigator Award (2012) by the American Association of Immunologists and his work was selected as a “Novel & Newsworthy Top Pick” by the American Society for Cell Biology (2012).

In 2013, Dr. Sundd joined the University of Pittsburgh as an Assistant Professor of Medicine (Tenure Stream) in the Division of Pulmonary Allergy and Critical Care Medicine (primary appointment), Assistant Professor of Bioengineering (secondary appointment) and Principal Investigator at the Vascular Medicine Institute. Since arriving at Pittsburgh, the PI has established an NIH-funded research program to study the role of thrombo-inflammation in hematological and infectious diseases. PI runs one of the few research programs in the country that study role of thrombo-inflammation in vaso-occlusion and lung injury pathophysiology in Sickle Cell Disease (SCD). PIs findings have contributed to the development of the revolutionary paradigm that ‘Sterile Inflammation’ is a major pathophysiology in SCD and highlighted the potential of anti-inflammatory therapy in SCD. His lab developed the first model of lung vaso-occlusion in transgenic humanized SCD mice, first ever methodology to conduct in vivo imaging of intact lung in live SCD mice and in vitro microfluidics model to study vaso-occlusion in SCD patient blood.